We tried again yesterday to have a clinic. I even had some good news that a friend of ours, Jan Flanagan, had agreed to come with me and help out for a while. I'm still limited on the amount of time that I can stand on my feet so she’ll be a great help to me.

But this thing that I wasn't expecting happened again. As we got within hollering distance of Prospere the roads began to be running with water and we again came to a place where passage was impossible. There were large ruts in the road and when I drove off road in the fields I came to areas of flooding that were simply mud. If I would have tried to get through them I would have ended up to my axles in mud and Jan and I would have spent most of the day out there waiting for the young guys to figure out a way that they could get my car out of there. Here are a couple pictures of the young guys that came around to talk. They were trying to convince me that I would have no trouble getting through. None of these guys drive anything more mechanical than a donkey. So we returned to town.

And So it Goes. 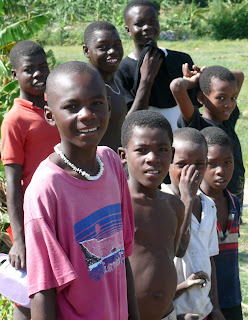 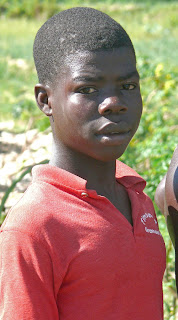 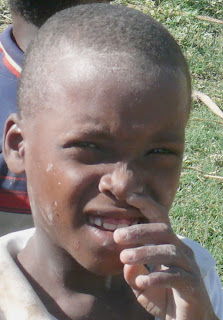 Posted by John and Jodie Ackerman at 5:10 PM